Geobiology/Geopathic Stress and its effect on Human Health

Geobiology is a study of the influence of "earth energies" on all forms of life. The earth is threaded with energy lines or meridians of electromagnetic energy that have a powerful influence on living things. Scientists have proven this invisible energy passes through all matter, affecting every living system on the planet, in either a negative or positive way. Man is an electromagnetic creature with every cell in the living system an electrical battery. The electrical system is reflected even more subtly as the human aura that is a photographable and measurable electrical field. 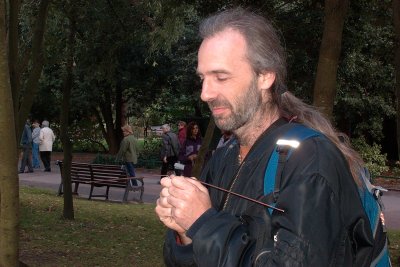 Recognizing these phenomena, geobiologists work to ensure that the area where people live in is clear of "geopathic stress" or zones of energy which conflict with, or cause harm to living organisms. People correctly assume that this work is similar to the oriental practice of "feng shui". The main difference is that the geobiologist works with dowseable negative energy lines and fields that he or she then interrupts or neutralizes to clean up the environment. This may be termed energy balancing and it address only those negative aspects that harmfully interact with the electromagnetic world around our biomagnetic bodies. So, bodily stress is often caused by a geobiological stimulus; thus the term geopathic stress. A partial list of Geopathic Stress would include sleep disorders, tingling, numbness and or pain in arms and legs, chronic fatigue, aching and swelling, dizziness, frequent headaches, vision problems, disorientation, memory loss, instability, stress, nausea, inability to heal, allergies, problematic menstrual cycles, anxiety, listlessness, resistance to medical treatment, inability to absorb vitamins and minerals, ADD, hyperactivity, depression and a general feeling of malaise.

In order to understand this, simply visualize the "negative to human" energy zones, as areas that upset the electromagnetic and auric field of the body and thus compromise the human mental and or immune systems. The Scientific Community is definitely aware. Scientific statements include:

In light of this growing body of information it is time we begin to address and offer solutions to the problem of geopathic stress. We are addressing these "negative to human" energy lines in an effort to make our living and working environments safer. 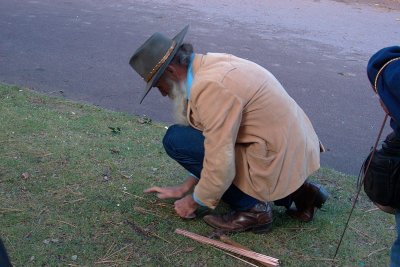 One method, by far the most common, is to dowse for these negative lines on the property and map them to show direction of flow and intersection points. These intersection or crossing points are the most dangerous areas to human health. The energy crosses create a counter-clockwise spin that is extra toxic to our systems. In days past the cure was to move beds and chairs off of cross points. You never want to spend a lot of time on the cross point. Later solutions involve earth acupuncture, or placing rods into the ground to intersect and bounce the energy before it can reach the house or grounds. This requires a thorough assessment along the perimeter of the property and a blocking of all negative energies that flow into the area. Care must be taken to determine where lines are entering and to block four types including: negative Geopathic Stress lines, negative Hartman lines, Human negative energy lines and Personal Negative energy lines. Two copper clad dowsing rods can then be inserted into the ground across the line to interrupt its flow. Feng Shui traditions use different methods of dealing with some of these "Dragon Lines", but that is a separate study. Devic clearing is used by some and that will be outlined here.

The dictionary defines devas as unseen forces - the shining ones, one of the good forces of mythology. They are also called the unseen builders behind all manifested form. They are often thought of as Junior Angels. This Devic Realm is parallel to the human realm and is a kingdom that is hierarchical including elementals, fairies, gnomes, water and garden sprites, nature spirits and devas of various levels. There now are also devic energies reflecting our electronic and technical creations. This energy can be contacted! It has consciousness! It is constantly operating all around us, dealing with the energies of creation and materialization. It is a subtle force and everything without exception contains a devic life.

Mankind in its ignorance of these forces has damaged this subtle world, causing negative electromagnetic energy to have to be channeled and/or stored in mother earth. This devic community has been burdened with this chore and has had to assume a caretaker role for the area to which it has been assigned. Some people have developed contact with the devic realm and are working to improve the environment. This is a co-creative process wherein the devas are freed from past limitations imposed on them by earlier actions of mankind. The devas have always been bound to a place while mankind has had free will without the responsibility for his actions on the environment. Now through a spirit of co-creation the devas may be called upon to clear all types of geopathic stress, negative energy lines, Hartman lines, personal negative energy lines and other forms of negative or limiting emotional energy which has been stored on a property.

This process is put into effect by the devas when requested and clearings thus effected are measurable by both dowsing and sensing the change in the particular environment. The Harmony created by a clearing helps both mankind and the devas. More details on all the processes involved may be obtained from one trained in the art of Devic Clearing. Since the clearings are done on the etheric level before manifesting on our level, they may be done on site or from a distance.