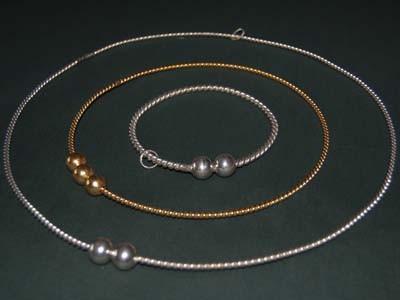 A Functional Art Form based on the principle of sacred geometry measure; superconductivity, and harmonic frequencies of light.

It is an independent development of a discovery made in 1991 and recently found to have its roots in ancient Africa/Egypt, some 3000+ years ago (Interview with Credo Mutlaw, last of the Zulu tribal Scholar/Prophet/Holy Man/ Sangomas; May 2000, Johannesburg).

The Light-Life Ring® was first used in meditation. Sitting on a medium ring (1 Cubit) has a noticeable effect in shortening the time required to achieve a meditative state, calming and centering the mind. Sitting in a large ring has the same effect with an added whole body relaxing quality. When standing or sitting in Ring to work or meditate, short periods of time to start are best. Time may be increased according to comfort level. 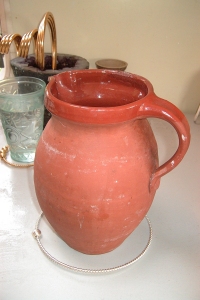 A jug of water set on a medium ring quickly loses its chlorine smell (2-3 hrs), and appears much clearer and brighter than an identical jug not set on a ring. Start with 1/2 glass 1-3 times per day as a de-toxing effect may be noticed. As tolerance for the de-toxing increases after several days, increase the intake. One clairvoyant reports that simultaneous use of Ring, Coil, and Feedback Loop® on liquids imparts the most “peaceful” liquid aura that he has ever observed. Set container in Ring, hold Coil above in “pulling” mode, and sweep up and down sides with the Feedback Loop®. Taste before and after.

Less is better – in drinking the “potentized” water start with ½ glass twice a day and slowly increase over a week or two. Detoxification may occur, manifesting as dark urine, diarrhea, rashes or pustules on the skin – depending on type of toxicity and amount of water consumed per day. Best to go slowly so elimination of toxics doesn’t overload eliminatory organs.

Observe self for “healing crisis”. Too rapid de-toxing may produce some unpleasant symptoms. A general sense of more energy, reduced appetite and need of less sleep usually occurs by the end of the second week. Some very brave souls have reported drinking a gallon on a day from the start with rapid but not unpleasant de-toxing and energy levels not experienced since youth.

Large rings under the mattress have relieved chronic back spasm and sleeplessness. 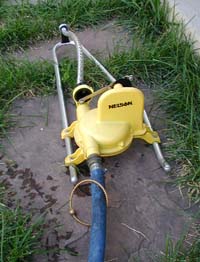 A medium ring on your airline seat, especially for intercontinental flights significantly reduces jetlag for most travellers.

Ring enhanced water, applied by soaking, wet compress or spray, quickly relieves sunburn and other burns. Rings on water faucets and showerheads reduce soap needs and the morning shower is significantly more invigorating. Try with and without for a few days.

A ring on the garden hose for lawn and garden application will reduce watering requirements and increase plant vigor and yield. We have seen aphids disappear from roses overnight when lightly sprayed.

A large commercial vegetable farming operation in New Zealand was saved from bankruptcy when Rings were applied to irrigation pipes, ditches and sprinklers, resulting in a 30% increase in yield, and a great increase in quality. The export buyers are paying in advance for these higher quality veggies because they arrive in fresher condition at distant ports in Japan and Europe with little appreciable deterioration and are free of insect, bacterial and viral pests.

1½ Cubit copper rings can be used on stove burners to improve the taste of food. 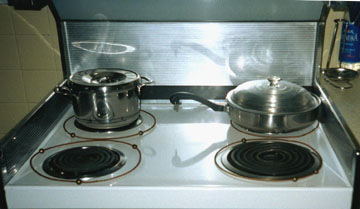 A large ring has been used by numerous individuals to "scan" dangerous lightening storms, rapidly and significantly reducing the number and intensity of strikes. On two known occasions individuals directly in the path of tornados were able to reduce the threat to zero in 5 to 15 minutes of scanning. If the cylindrical beam of the Ring, which is perpendicular to the plane, is directed at storm clouds with a gray-green color indicating the potential for tornado or severe storm the gray-green color will disappear in a few moments. DO NOT USE ON clouds unless “gray-green” is seen. 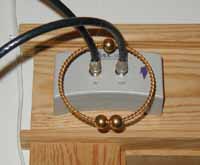 A ring under the computer keyboard or worn on the left arm dramatically reduces "computer burnout" in the user. A small ring over the "mouse" keeps the hand working with the mouse relaxed.

Voice quality and information transfer to an audience is significantly improved speaking through a ring. May look funny, but it works! Musical instruments achieve a fuller expression of their resonant frequencies, which has an appreciable effect on the audience and performer alike. Rings placed in front of stereo speakers give a better than live performance quality to the sound. 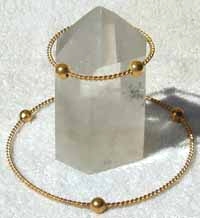 A couple of psychics report much improved clarity of perception when holding a ring in front of their face and directing the "beam" toward the client at any distance. Remote viewing, anyone?

A small or medium ring can be used to clean-up a crystal from negative energies.

We have received several reports that stiff wrists and shoulders have relaxed and pain disappeared in a few hours with rings around the offending area. Numerous people reported that certain types of headaches were gone in a few minutes wearing a ring on head. Passing a large ring around the body top to bottom several times is very energizing first thing in the morning or when tired later in the day. 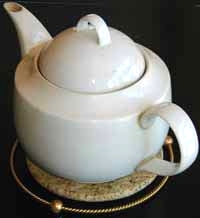 Static is quickly removed from clothing passed 2-3 times through a ring; it also removes the ”energy” of whoever had been wearing the garment previously. Shoes and leather goods feel softer when set in a large ring overnight. A large ring hung on the end of the closet makes all the clothing feel "alive".

One person marketing dancewear passes every new item through a large ring before displaying - then scans the racks every evening to "freshen" after a days handling. Her sales took a big jump and remain higher than the previous 3-year average.

A medium ring under a tea-pot improves the taste of tea.